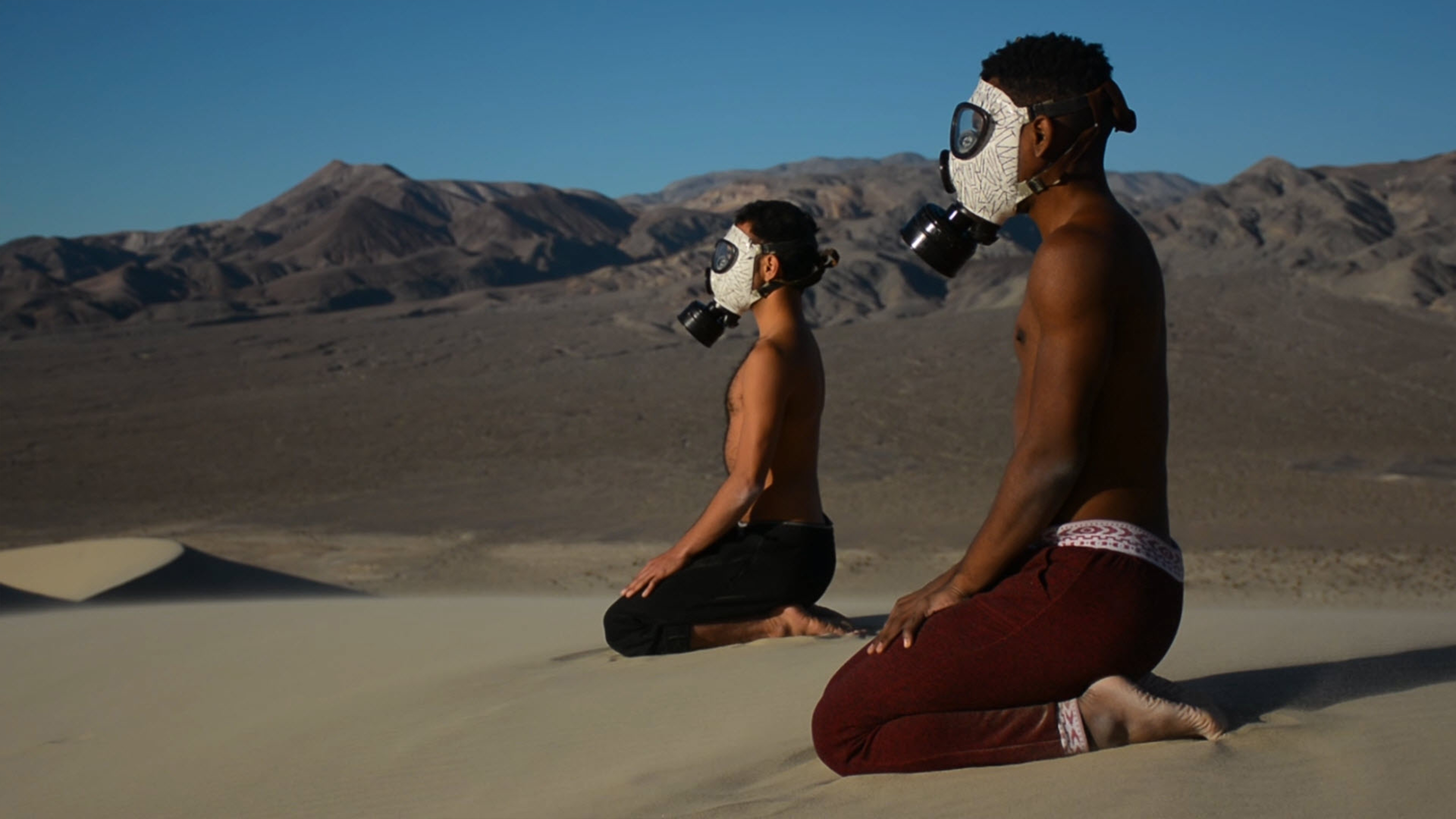 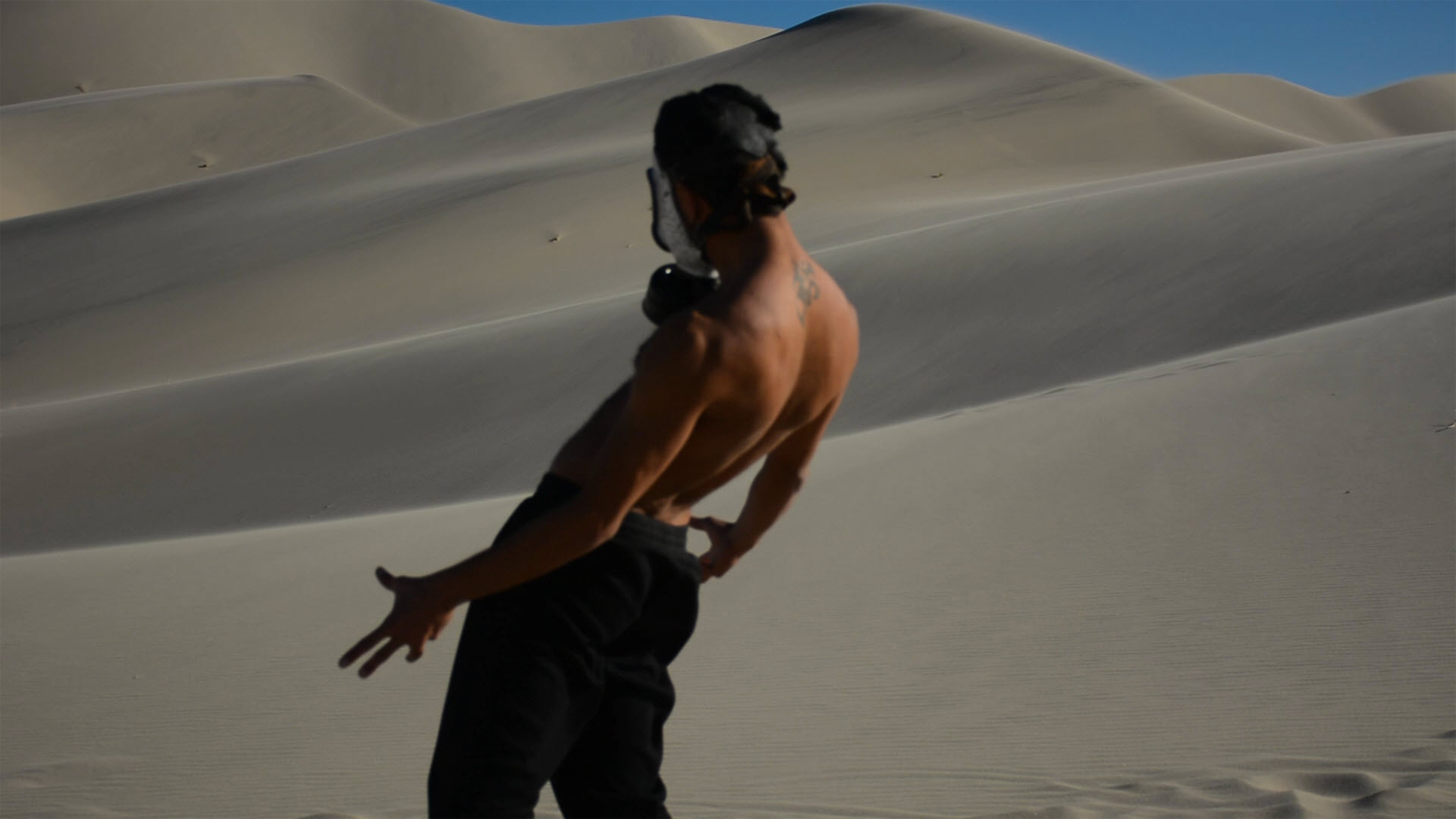 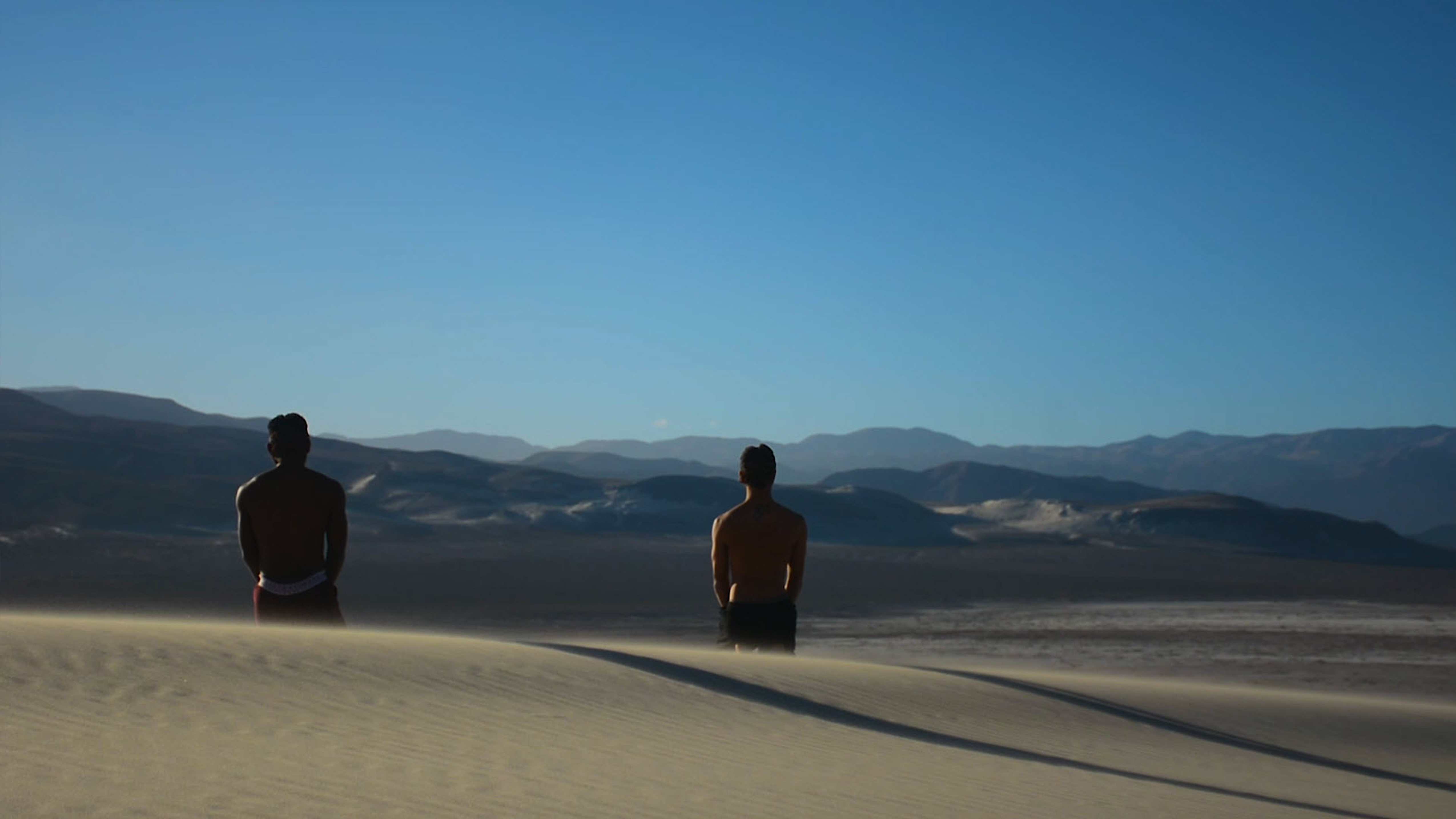 Filmed on location in the Eureka dunes of Death Valley California, “our last aria” follows the journey of two figures traversing a kinetic and emotional landscape in the heart of a desert wilderness.

_____________
Describe, in as many or as few words as you see fit, the genesis of or inspiration behind your film.
During the time I was living in Oakland, California, I had been intensely inspired by the dramatic landscapes of the state. There are so many drastic shifts in climate, weather, and topography in California, from coastal cliffs to alpine and sub-alpine climates, and of course the great deserts towards the south where this piece was filmed. When I was dreaming up the structure and inspiration of the work, there were a series of devastating wildfires just north of the Bay Area, and all of the smoke and fumes drifted down into the city. The air quality was so poor and thick with toxins that many people stayed indoors for several days, most schools were cancelled, and many people were fleeing their homes in the areas affected. One morning I was on the way to a community engagement performance at a local school in Berkeley, and on the way I passed by two children riding their bicycles to school wearing respirators that covered their heads. It was a surreal moment, like something out of a movie – just two children in school uniforms wearing what looked like World War II gas masks. I thought to myself, “This is how the human world will end, not with a bang or some grand exit, but a slow poisoning that slowly consumes.” That was the initial spark that started the formation of the piece for me. At the same time, I was working on duet materials with a long-time collaborator and friend, Keanu Forrest Brady who was also based in San Francisco. We created the movement materials for a showing at LEVYdance in October, and then adapted these materials for the shoot at Death Valley.
What is interesting or intriguing to you about engaging with dance for film vs. dance for stage? Or, if you are coming from a film background and working with dance is a secondary medium for you, what drew you to wanting to capture and work with dance?
Dance for camera is a curious beast from an artistic perspective. It’s a bit of a hybrid between a choreographic work and a work of cinema; it’s neither one nor the other, in many ways it is both. I’m also one of those chimeric pluridisciplinary artists who works with sound, video, movement, text, and any other materials I can get my hands on for a creative process. I enjoy creating for live performances on stages or alternative spaces, but I also love the process of screendance, but to me they feel quite distinct. There are so many assumptions that go into creating a work for stage, and there are many tried and true methods of engaging the energy of an audience within the boundaries of a traditional stage performance. The space is often, quite literally, a box. The perspective of the audience is fixed (they cannot usually, for example, see the performance from underneath). With dance for camera, all of these elements become fluid and malleable, and I can use my intuition as a dancer, director and videographer about how best to see the movement scene as it’s unfolding. Suddenly I am challenged to see dance with a cinematic eye, and I have to question not just what we are seeing, but how we are seeing it. And then there is the “where.” Filming on a site like Eureka Dunes in Death Valley National Park, where this work was shot, was one of the most challenging shoots I have ever done. We camped in the middle of the desert, and during the nights and days, frequent sandstorms brought blinding winds and flurries of sand rising off the dunes. We had to shield our eyes and equipment every time the wind picked up, it must’ve been 15-20 miles per hour at times. Every time we shot a scene, our footprints in the sand immediately began blowing away with the storm, erasing all trace that we were ever there. In that way, the space itself held the metaphors that would later become thematically central to the work. This kind of primal experience is rare to find in concert dance, and it brings the artist in direct contact with the pure power and beauty of our planet.
You can find Scotty on Facebook or Vimeo: Scotty Hardwig // or at his website: www.hardwigDance.com